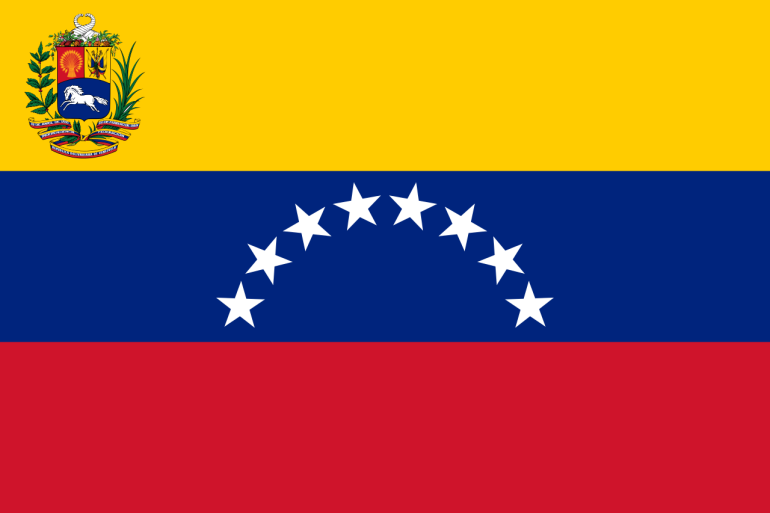 In South America in 1830, after the collapse of Gran Colombia,  three new countries were born: Colombia, Ecuador and Venezuela.  Being newly independent countries, they weren’t able to form an ideal government. In fact, many of these newly independent Latin American countries adopted a Cadillo system, including Venezuela, from 1830-1945.  The Cadillo system, in essence,  an  ineffective democracy which sometime even lead to a masked  dictatorship. A government under a Cadillo system was inherently flawed and its power muted, and it was unable to accomplish anything significant or keep the country productive Without any real power, the government had no ability to enforce laws, and economic disparity grew even greater between the high and low class parts of society.  The government’s priorities were far from focused on the people, and as a result the quality of life in Venezuela stayed low.  It was in the early 1900s that Venezuela discovered the ultimate double-edged sword: it’s massive deposits of oil. In 1945, the left wing took power. Under the new president Romulo Betancourt, the socio-economic conditions  slowly improved in Venezuela.

A new wave of change came to Venezuela in 1998,  with the election of Hugo Chavez.  His platform and promise to the Venezuelan people was “to reverse the poverty, inequality and corruption that plague oil-rich Venezuela.” After many years in power, Chavez was largely unable to accomplish these goals.  In fact,  some Venezuelans took matters into their own hands and attempted an unsuccessful coup against Chavez in 2002. With Chavez in power the Venezuelan economy tanked, socio-economic standards did not improve significantly, and government corruption remained a problem. Nevertheless,  the end of Chavismo seemed near with the death of Chavez in March 2013. In the following month, there was a  presidential election in which Nicolas Maduro, Chavez vice-president, won by 1.5 percent. Maduro’s opponent was Henriques Capriles.

Although Maduro pledged to continue Chavez’s social and economic legacy, the quality of life reached an all time low in Venezuela shortly after Maduro came into power.  The country experienced  food shortage,  a dramatic increase in violence, and an economy spiralling out of control. Despite the fact that Venezuela has the largest oil reserves in the world and demand is still high, Venezuelans have yet to see the benefits of being such an oil rich country. By the end of Maduro’s first year in power, inflation reached 68.5%.

An opposition demonstrators holds a Venezuelan flag in front of a burning barricade during a protest against President Nicolas Maduro’s government in Caracas February 15, 2014. Protesters gathered to demand the president’s resignation, denouncing him over grievances ranging from political repression to daily issues such as inflation, shortages of basic products, and rampant crime.

With these terrible conditions only worsening as time went on, Venezuelans began to protest. In early February 2014, universtiy students protested the shortage of basic goods, inflation, and the growing violence as a result of police corruption and a lax approach to public service under a failing system. Protest continued and by the end of March in 2014, 46 people died in the protests due to police and government violence. Since then, the tactics employed to control the government have gotten increasingly controversial, and thousands have been arrested, injured, or killed. The media, largely controlled by the government, has said that the country is running fine and that the young protestors just want a coup. However, it is clear to anyone Venezuela is not in great shape, as it is currently the second highest murder rate in the world with 53.7 per 100,000 dying a year. How does Venezuela explain charging and jailing political figures who spoke out against the current Venezuelan government, such as Leopoldo Lopez, a former mayor, and Maria Corina Machado, a former legislator? 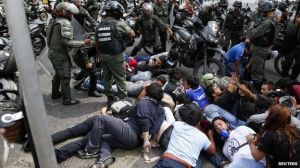 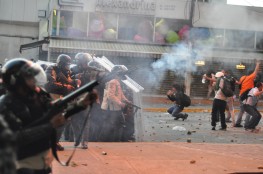 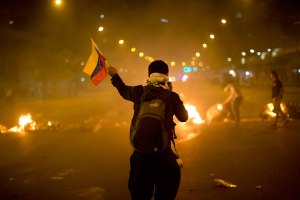 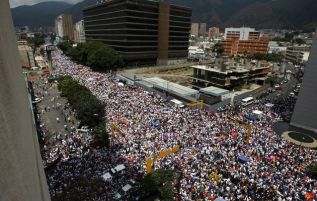 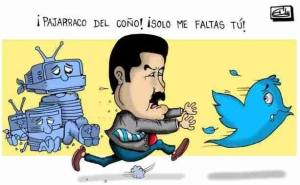 It is an easy claim to make that Venezuela’s government is violating its citizens human rights. Is Venezuela’s censorship law just?  Are protestors responding fairly to the government’s actions?  How dramatic is the economic disparity today? Are protests getting increasingly more violent? Is there a legitimate reason to protest?Are these conflicts as a result of the economic disparity, or an ideological difference between the young and the old?  Are these protests a result of disagreements between chavistas and opposition? This case study will explore the current political climate in Venezuela, while specifically focusing on action taken against political activists during demonstrations against Maduro and his leadership. It will be argued that the Venezuelan government military and policing tactic against demonstrators is  unnecessarily brutal and violates Venezuelan basic human rights of  speech. 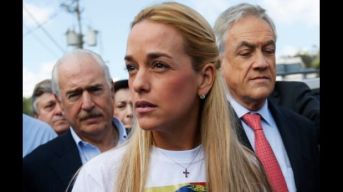 Photo on the Right: Mitzy Capriles de Ledezma, the wife of Caracas Mayor Antonio Ledezma, chants for the release of her husband, as she stands behind two national police officers on guard outside intelligence service police headquarters, in Caracas on Thursday. Mariano Castillo and Ed Payne, Murder Charges Against Venezuela Opposition Leader Dropped, CNN, Feb. 20, 2014, http://www.cnn.com/2014/02/20/world/americas/venezuela-protests/index.html) 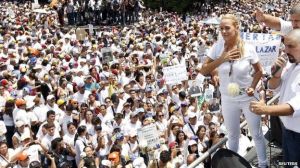 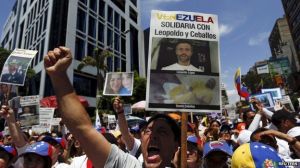 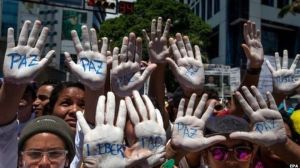